The Nigeria Football Federation (NFF) has again apologised to Nigerians for the failure of the Super Eagles to qualify for the FIFA World Cup Qatar 2022.

This formed part of the communique issued at the end of the federation’s executive committee meeting held on Tuesday in Abuja to discuss critical issues in the nation’s football sector.

It thanked President Muhammadu Buhari for his presence and apologised that the team faltered in the quest for a ticket to Qatar after losing to the Black Stars of Ghana.

The NFF also reacted to the invasion of the MKO Abiola Stadium in Abuja by fans who were aggrieved by Eagles’ defeat to the Ghanaian side. It stressed that the incident had nothing to do with the death of the FIFA Doping Officer Dr Joseph Kabungo for the game, according to the football governing, Dr Kabungo died as a result of sudden cardiac arrest as attested to by the autopsy report.

The NFF also hinted at when it would hold its Annual General Assembly (AGA) which failed to take place on December 17, 2021, as a result of an ex parte injunction that suspend the exercise. 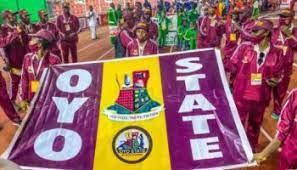