Gov. Ifeanyi Okowa of Delta urged Nigeria Union of Petroleum and Natural Gas Workers (NUPENG) to raise and sustain its contribution toward economic growth and stability of country.

Gov. Ifeanyi Okowa of Delta has urged the Nigeria Union of Petroleum and Natural Gas Workers (NUPENG) to raise and sustain its contribution toward economic growth and stability of the country.

A statement by Okowa’s Chief Press Secretary, Mr Olisa Ifeajika, on Wednesday quoted the governor as making the call on Tuesday when he received the new leadership of the union on a courtesy visit at Government House, Asaba after their fifth quadrennial delegates’ conference of NUPENG held in Asaba.

Okowa said peace and stability of the country were paramount to the socio-economic development of the nation and charged all hands to be on deck to move the country forward.

Earlier, the National President of NUPENG, Mr Williams Akporeha, who told the governor that the visit was to introduce the new leadership of the union to him lauded Okowa for providing enabling environment for NUPENG to hold the quadrennial delegates conference successfully in the state.

He advocated the need for petroleum products to be refined locally, adding that more refineries should be built in order to mitigate the incessant fuel scarcity being recorded in the country. 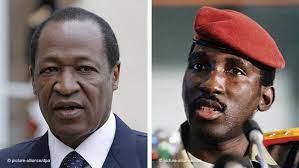 Pastor Leke refers to RCCG pastors who preached messages after G.O. had preached his sermon as ‘goats’.