Ahead of the 2023 general elections, the Independent National Electoral Commission (INEC) on Tuesday advised political parties to ensure their primaries are properly conducted in line with relevant laws.

The advice was contained in a statement signed by INEC’s National Commissioner and Chairman, Information and Voter Education Committee, Barrister Festus Okoye.

Okoye warned that the electoral commission will not hesitate to disqualify parties in primaries that do not adhere strictly to the principles of internal democracy.

He reminded political parties that base on INEC Timetable, the conduct of primaries by political parties in line with the dictates of Section 84 of the Electoral Act provides a period of 61 days from 4th April to 3rd June 2022.

According to Okoye, candidates for the 1,491 constituencies for which elections will be conducted in 2023 must emerge from democratic, transparent and valid primaries, in line with the provisions of Sections 29 and 84 of the Electoral Act, 2022, adding that where a political party fails to comply with the provisions of the Act in the conduct of its primaries, its candidate shall not be included in the election for the particular position in issue.

He enjoined political parties to avoid acrimonious primaries that could result in unnecessary litigations that may lead to failure to nominate and field candidates for elections in some constituencies.

One killed and nine others injured in Kamazo area of Chikun Local Government Area in Kaduna-South, Kaduna State. 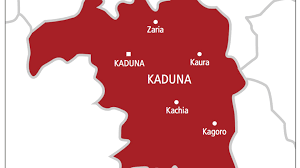