Rivers State Governor Nyesom Ezenwo Wike has said he is fully prepared for the assignment of being President of Nigeria because he has the capacity to address lingering issues of insecurity and a poor national economy.

Wike made the remarks, on Tuesday, when a group, the Northern Progressives Elements and Friends of Wike, in Abuja, purchased and presented to him Expression of Interest and Nomination Forms to contest the 2023 presidential election on the platform of the People’s Democratic Party (PDP).

He maintained Nigerians could no longer resign to fate, suffer the pains of a harsh economy and wanton killings under the watch of the All Progressives Congress (APC)-led Federal Government.

The governor said it was time to save the country from the intractable lies of the APC-led Federal Government. Wike stressed that both Nigerians and PDP do not need persons that would chicken out when intimidated by APC in the build-up to the elections.

Wike pointed to how APC failed woefully in addressing the economic concerns of Nigerians. According to him, the Central Bank of Nigeria (CBN) boasts of how much it is spending to boost agriculture without visible impact and availability of food. 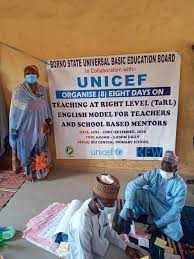