Former international, Felix Owolabi, is happy with the Super Eagles’ goalless scoreline in the match against Ghana’s Black Stars, provided it would spur the team to beat the Ghanaians on Tuesday at the M.K.O Bashorun Abiola Stadium to secure the ticket to Qatar 2022.

Speaking to Newsmen on Saturday, Owolabi said that the Eagles’ midfield was non-existent in the first duel, adding that for Nigeria to beat Ghana, it must make sure the midfield functions and connects properly with the strikers.

Nigeria, on Friday, held hosts, Ghana, to a barren draw in the first leg of the World Cup playoff at the Baba Yara Stadium in Kumasi. Both teams will clash again on Tuesday for the football Mundial qualification.

The former Eagles’ attacker added, this time around, on Tuesday, he would expect the boys to come out and attack, qualify and get the team on the train to Qatar 2022.

He maintained that it would be a disaster if Nigeria failed to claim the ticket to join other countries going to the World Cup. 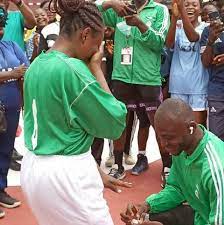 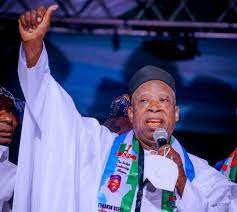