Peoples Democratic Party (PDP) has demanded the immediate resignation and investigation of the Governor of the Central Bank of Nigeria (CBN), Godwin Emefiele, following his appearance in certain All Progressives Congress (APC) campaign posters suggesting that he has partisan affiliation and entanglement with the APC.

The PDP in a statement on Friday asserted that the appearance of the CBN governor; the banker of the federation, who by law, ought to be non-partisan and apolitical, in APC campaign material is the height of impunity of the President Muhammadu Buhari-led APC administration, which amounts to poking its fingers in the eyes of Nigerians and daring them to do their worse.

PDP’s spokesman, Hon. Debo Ologunagba argued in a  communique cautioned that the consequences of these are better imagined, adding that now that Mr. Emefiele has openly identified with the APC, he should immediately resign and face an ill-fated career in the fizzling APC. 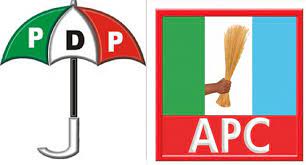 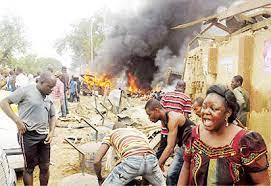