The Independent National Electoral Commission (INEC) has explained why it has yet to take any action on the court judgment which ordered the sack of Ebonyi State Governor, David Umahi, and his deputy, Kelechi Igwe.

INEC’s National Commissioner and Chairman of Information and Voter Education Committee, Mr. Festus Okoye, on Thursday, said the Commission does not want to take reckless decisions, amid the multiple lawsuits that have emerged.

Mr. Okoye also said that the decision would affect the order sacking sixteen members of the Ebonyi State House of Assembly.

It would be recalled that a Federal High Court in Abuja had sacked Umahi and Igwe as governor and deputy governor of Ebonyi State respectively, on the request of the Peoples’ Democratic Party (PDP) after both men defected to the All Progressives Congress (APC) in November 2020.

The court, while relying on Section 221 of the Constitution, ordered the PDP to immediately send names of replacements to INEC and asked the governor and his deputy to vacate their offices.

I am not worried over recent court decision says Dave Umahi 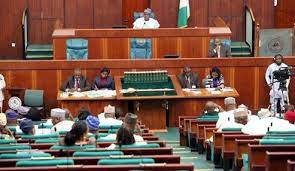