Lawmakers in the Senate and House of Representatives have resolved to appeal judgement which directed the Attorney General of the Federation (AGF) to delete Section 84 (12) of the newly signed Electoral Act.

This followed a deliberation on the court order during Wednesday’s plenary in both chambers of the National Assembly in Abuja.

At the Senate, Senator George Sekibo and scores of other senators sponsored a motion on the urgent need to appeal the judgement of the Federal High Court in Umuahia on the suit on the controversial section of the Act.

While the lawmakers hinted at writing a petition to the National Judicial Council (NJC), the Speaker of the House, Femi Gbajabiamila, said he would not allow the National Assembly to be ridiculed.

Gbajabiamila, therefore, appealed to the AGF not to hastily implement the court judgement, and not to get into the legitimate functions of the National Assembly.

Meanwhile the Attorney General of the Federation and Minister of Justice, Abubakar Malami, has said that the deletion of section 84 Subsection 12 of the Electoral Act 2022 is still a work in progress and is being considered as such.

He said this while fielding questions from State House correspondents after the weekly Federal Executive Council meeting on Wednesday.

According to him, while the possibility of appeal is not in doubt, government creators and the Law Reform Commission responsible for the codification and gazetting of the laws are collaborating with the Office of the Attorney General to ensure that any addition made to the law is in line with the provisions of the law.

Malami’s comments come a few days after the Federal High Court in Umuahia, Abia State, declared Section 84 (12) of the amended Electoral Act illegal and ordered the Attorney General of the Federation to delete the section. 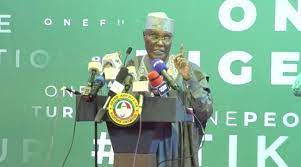 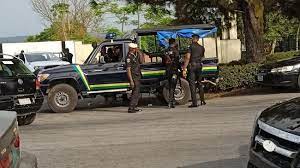