Heavyweight champion Oleksandr Usyk has left his native Ukraine to prepare for his rematch with Anthony Joshua.

Usyk, 35, has been helping to defend his country from the Russian invasion after enlisting in Ukraine’s military.

He beat Joshua in September to become the unified heavyweight champion and is set to face the Briton again in June.

Usyk will now begin his training camp but, contrary to some reports and it is understood that the camp is not in neighbouring Poland.

April had initially been mentioned as a potential date for the rematch, but Joshua’s search for a new trainer and prolonged talks with WBC champion Tyson Fury forced a delay. 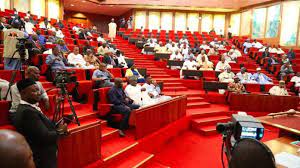