The Nigerian Navy has arrested a vessel named; “Motor Tanker Harbor Spirit” and thirteen Nigerians on board, conveying a fortified and auctioned crude oil from MV KOME XVIII with a forged document.

The Director of Information, Naval Headquarters, Commodore Adedotun Ayo-Vaughan said this in Abuja.

According to Ayo-Vaughan, both the vessel and the suspects have been handed over to the Forward Operating Base Bonny for further investigation.

Reports say that the Navy launched Operation “Obangame Express”, consisting of a multi-national maritime exercise in West Africa with 32 other countries participating in their respective maritime area.

Report further said that the exercise is to avail the participating countries the opportunity to showcase how they have been able to manage their respective maritime environment against illegal activities. 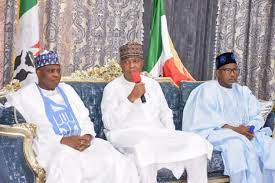