The Imo State Government has condemned the early morning razing of the home of the President-General of Ohanaeze Ndigbo, Prof George Obiozor, by those it described as political bandits.

In a statement, Governor Hope Uzodimma regretted that desperate politicians who believe in violence were yet to sheath their swords in spite of repeated appeal to that effect.

Uzodimma described the attack as cowardly and the height of desperation.

He vowed that the government was already working in concert with security agencies to identify and punish the perpetrators.

While commiserating with Prof Obiozor on the burning of his home, he assured Imo people that the government will continue to do its best to protect lives and property in the state. 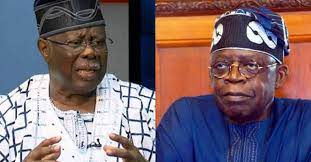 Romi Baptist Association: Christians called to praise God in all.