Nigeria’s Flamingoes have qualified for the third round of the U-17 Women’s World Cup qualifiers with a resounding 5-0 victory over the Democratic Republic of Congo on Saturday and 8-0 on aggregate.

Opeyemi Ajakaye grabbed a brace in the 5th and 14th minutes, followed by Oluwatunmininu Adeshina, Doosur Atume, and Taiwo Afolabi in the 23rd, 62nd and 88th minutes respectively.

The victory means that the team will now face Egypt in the third round next month for a place at this year’s FIFA U-17 Women’s World Cup scheduled to take place in India.

After the victory, it was announced the official Twitter handle of the Super Falcons that the Flamingoes received a cash donation of one Million Naira from the Deputy Governor of Edo State, Nigeria – Former House of Representative Member Philip Shaibu. 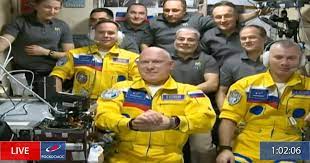