Ese Brume has won silver at the 2022 World Athletics Indoor Championships, the first time Nigeria has returned to the podium since Olusoji Fasuba raced to 60 meters gold in Valencia in 2008.

She leapt a huge 6.85 meters personal season’s best in the third round to win the prize and finish behind the pre-championships favourite and homegirl Ivana Vuleta who took early command of the event with a 6.89 meters best in the second round before improving top 7.06m in the fourth round.

By that feat, the 25-year-old becomes the third Nigerian to win medals at World Athletics Championships indoors and out as well as at the Olympics behind Glory Alozie and late Sunday Bada. She is also the third long jumper to win a World Indoor title after Paul Emordi (1987) and Chioma Ajunwa (1997).

With Brume’s silver medal win, Nigeria has now won 12 medals in the history of the Championships with two gold medals, seven silver, and three bronze. 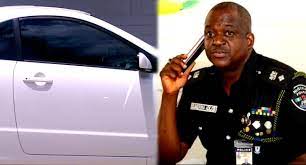