The United Nations Children’s Fund (UNICEF) has while appreciating Bauchi State on it achievements towards Water, sanitation and hygiene wash programs, UNICEF promised to sustain its partnership and support to the state Government.

Chief of WASH program, UNICEF Nigeria Country Office, Mrs Jane Bevan gave the pass mark when she led officials of UNICEF on an advocacy visit to the state Deputy governor, Senator Baba Tela, held today at the conference hall of the deputy governor.

The Chief of Wash confirmed that with the achievements recorded in the implementation of WASH programs, UNICEF will sustain its partnership and support the state in order to increase coverage of the WASH project across the State.

Responding, the deputy governor, Senator Baba Tela, commended UNICEF and other donor organizations for their interventions in the state, and assured the team of the commitment of the state government under Governor Bala Mohammed towards the timely release of counterpart funds.

The Chief of Wash, UNICEF Nigeria said UNICEF has a long history of partnership with the Bauchi state government and she hoped they will continue to work together to achieve more than what was achieved so far. 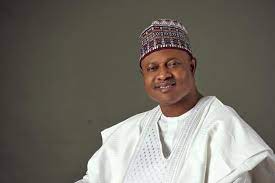