Former Vice President Atiku Abubakar has revealed that in the race for the presidency in 2007, a chieftain of the All Progressives Congress (APC), Bola Tinubu, offered to be his running mate but he turned down the proposition.

Atiku, who was VP to ex-President Olusegun Obasanjo between 1999 and 2007, said Tinubu wanted to be his vice president in the year he lost his first presidential race, but he (Atiku) said no and nominated a different individual.

He revealed this to members of the Board of Trustees (BoT) of the Peoples Democratic Party (PDP) at a meeting in Abuja on Tuesday where he made a case for his stand regarding zoning ahead of the 2023 presidential election.

He further asserted that there is absolutely no reason why people from the southern region of the country should say that there is a deliberate attempt to exclude them in political participation or power-sharing. 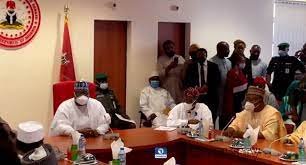