The Nigeria Union of Teachers (NUT), Akwa Ibom State wing has declared an indefinite strike following the failure of the government to meet many of their demands. The strike took effect from midnight of Tuesday, March 15.

In a statement signed by the Senior State Secretary of the union, Comrade Victor O. Amirize, the NUT, therefore, ordered all primary and secondary school teachers in public schools to embark on the industrial action.

According to the Amirize, the resolution was taken after all avenues for negotiation and amicable resolutions failed on the part of the state government.

He added that the government could not address the demands of the teachers after 21 working days and the subsequent seven-day ultimatum given by the union to government. 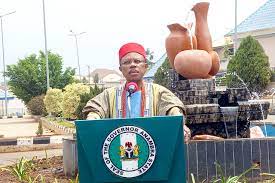