Vice President Yemi Osinbajo has described President Muhammadu Buhari as a model leader who respects other people’s beliefs, saying he has not had any dispute with him since they took over power in 2015.

Osinbajo said this when the Senegal-based Grand Khalifa of Tijjaniya Movement, Worldwide, His Eminence, Sheikh Muhammadu Mahi Ibrahim Niass, paid him a courtesy visit at the Presidential Villa on Saturday evening.

The former Lagos State commissioner also reiterated the importance of religion to human development, calling for the promotion of peace using faiths.

Before then, Sheikh Niass, who spoke in French with interpretation by a spokesman, thanked Osinbajo for the opportunity to meet with him and his delegation. He described the Vice President as a great personality.

The Tijjaniya leader also expressed the group’s sincere gratitude to President Muhammadu Buhari for his support, while praying for his safety and that Nigeria will overcome all its challenges.

The Grand Khalifa of Tijjaniya worldwide and other members of the Movement across Africa had converged on Gusau, the Zamfara State capital to celebrate the 36th International Maulid Anniversary in honour of the Movement’s late leader Sheikh Ibrahim Niass 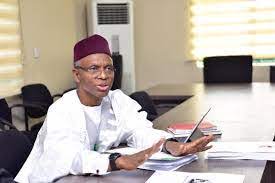 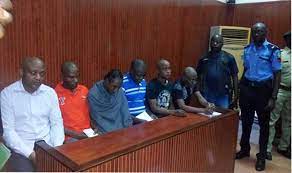