It was learnt the companies – GoCash, Okash, EasyCredit, Kashkash, Speedy Choice, Easy Moni – owned by Blue Ridge operate on the third floor of a four-storey building in the area.

The Federal Competition Consumer Protection Commission, in a joint operation with the Independent Corrupt Practices and other Related Offences Commission, National Information Technology Development Agency, and the Nigerian Police Force, raided these institutions.

Speaking during the raid, the Chief Executive Officer, FCCPC, Babatunde Irukera, explained that customers had accused the financial institutions of violating their privacy in their debt recovery drive.

According to Irukera, the interest rate charged by online financial institutions appear to violate the ethics of how lending is done. The FCCPC boss, however, said investigations had revealed that the loan firms were neither Nigerian companies nor registered in the country. 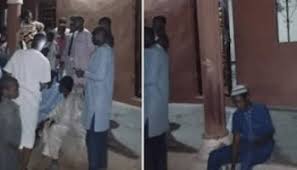