The Secretary to the Government of the Federation, (SGF) Boss Mustapha, says the President Muhammadu Buhari-led administration is concerned with security challenges across Nigeria.

Mustapha said this, on Thursday, at a stakeholders’ engagement on current security challenges in the North West Geopolitical Zone holding at Arewa House in Kaduna.

While saying that the problem has led to loss of valuable lives and displacement of several people, as well as the destruction of property worth billions of Naira, he added that the government is working tirelessly to reduce insecurity in Nigeria.

According to him, some of the measures taken include; increase in budgetary allocation, as well as supporting the equipment holding of the Military and other security agencies.

Others are; the approval for the recruitment of ten thousand police personnel for three consecutive years and an upward review of their salaries to boost their morale, enhance productivity and encourage hard work.

Report says that the theme of the Engagement is; “Enhancing the Role of Local Communities in the Security Architecture through Awakening Security Awareness and Consciousness”. 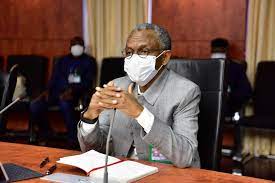 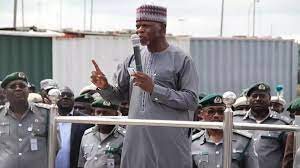