The Independent National Electoral Commission (INEC) says it has not gotten the certified copy of the Federal High Court judgment that ordered the sack of Ebonyi State governor, David Umahi, and his deputy, Kelechi Igwe.

INEC National Commissioner, Festus Okoye, said this in an exclusive interview with newsmen on Thursday.

He, however, said that the commission has gotten a letter from the Peoples Democratic Party (PDP), nominating replacements for the duo.

It would be recalled that on Tuesday, March 8, a Federal High Court in Abuja ordered Umahi and Igwe to vacate their seats on grounds that the Peoples’ Democratic Party (PDP) won the election in March 2019 and not the candidates.

According to the judgment delivered by Justice Inyang Ekwo, having moved to the APC, Governor Umahi, and his deputy cannot transfer the mandate of the PDP to the All Progressives’ Congress (APC).

Senator Smart Adeyemi says colleagues not aware that dismissal of Chairman of APC caretaker committee was authorized by presidency. 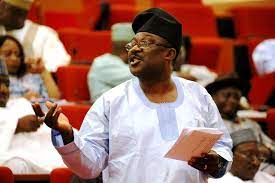 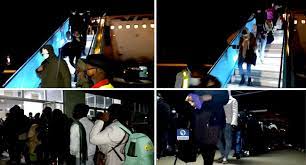