The Minister of Labour and Employment, Chris Ngige, says the Federal Government is not opposed to increasing the salaries of university lecturers.

Ngige made the remark, on Tuesday, while speaking to newsmen at the State House in Abuja, after meeting with President Muhammadu Buhari.

He, however, said that such a decision will be taken after an investigation is conducted to reasonably assess the salaries of lecturers in other countries.

Meanwhile, the Trade Union Congress (TUC) says it will embark on a solidarity strike with the Academic Staff Union of Universities (ASUU) if the Federal Government does not resolve the crisis with the Union within two weeks.

The TUC also condemned the behaviour of the Minister of Education, Adamu Adamu, during a meeting with the National Association of Nigerian Students (NANS) on Monday. According to the TUC, the Federal Government must engage ASUU in constructive negotiations to find a lasting solution to their complaints without further delay. 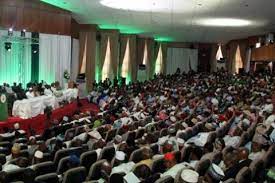