The Special Adviser to the President on Media and Publicity, Femi Adesina disclosed this in a statement signed on Tuesday.

President Buhari felicitates with the wife, Pastor Foluke Adenike Adeboye, family members, friends, and relations as the General Overseer turns an octogenarian, with clear evidence of walking the path of a righteous man by dedicating his life to the service of God, and humanity.

President Buhari believes Pastor Adeboye contributions to the betterment of Nigeria and other countries stand out clearly as testimonies of his divine calling, impacting greatly on education, health and infrastructural development, which include many urban and rural roads.

The President salutes the focus of the RCCG leader on works of the Kingdom and peace for the nation, praying that his path will be like a shining light, with grace for good health and strength.

Meanwhile, Vice President Yemi Osinbajo (SAN) has said that as Pastor Enoch Adeboye, the General Overseer of the Redeemed Christian Church of God (RCCG) clocks 80, a unique lesson for all and sundry remains his humility, integrity and exemplary behaviour despite his huge achievements.

In a tribute he signed on behalf of himself and his wife, Prof. Osinbajo said the leader of the RCCG (a church with representation in over 198 countries and territories around the world) has impacted many lives and overseen unprecedented growth of the church, yet these achievements have not affected his behaviour.

Gov.Yahaya Bello of Kogi has extended felicitations to Pastor Enoch Adeboye, the General Overseer of the Redeemed Christian Church of God (RCCG) on his 80th birthday.

The governor, in a statement by his Chief Press Secretary, Onogwu Mohammed, described the respected clergyman as a bridge-builder and a blessing to this generation. 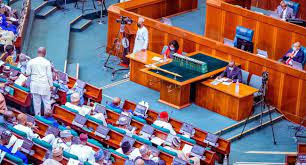 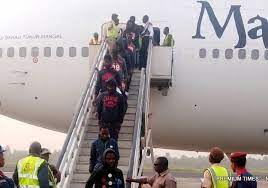