Russia’s political and economic isolation deepened on Monday as its forces met resistance in Ukraine’s capital and other cities in the biggest attack on a European state since World War Two.

President Vladimir Putin put Russia’s nuclear deterrent on high alert on Sunday in the face of a barrage of Western-led reprisals for his war on Ukraine, which said it had repelled Russian ground forces’ attempts to capture urban centers.

Blasts were heard before dawn on Monday in the capital of Kyiv and in the major city of Kharkiv.

Ukraine said negotiations with Russia without preconditions would be held at the Belarusian-Ukrainian border with an unidentified Russian source saying the talks would start on Monday.

Report says United States President, Joe Biden, will host a call with allies and partners on Monday to coordinate a united response. 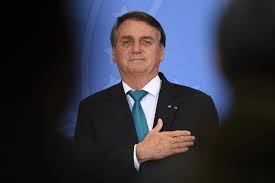