Atiku arrived at Obasanjo’s residence around 10:00 am and was received by officials of Ogun politics.

The duo held a closed-door meeting. Although the outcome of the meeting was not disclosed, it may not be unconnected with the next year’s general elections and Atiku’s ambition to get the presidential ticket of his party, the Peoples Democratic Party (PDP).

Atiku, while addressing journalists after the closed-door meeting expressed confidence that he would get the ticket of his party as the presidential candidate.

The former vice president also visited the Alake and Paramount ruler of Egbaland and the traditional council at the Ake Palace, Abeokuta. 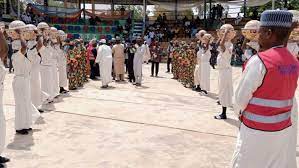