Ebonyi Council of Nigeria Union of Journalists (NUJ) urged security agencies Nationwide to treat journalists on election duties as partners in progress rather than foes.

The Ebonyi Council of the Nigeria Union of Journalists (NUJ) has urged security agencies in the country to relate with and treat journalists on election duties as partners in progress rather than foes.

The request forms part of the communique issued by the council at the end of its monthly congress on Friday in Abakaliki.

The communique, which was signed by the council Chairman, Mr. Tonyi Nwizi, said there was need for security agencies, especially the Nigerian Army and Police, to always collaborate to ensure hitch-free elections.

The Council argued that the request had become necessary as the country begins preparations in earnest for the 2023 general elections.

It stated that journalists in the state remained committed to sustaining their contribution to the socio-economic and political development of the state through factual and objective reportage of events and government’s programmes and activities. 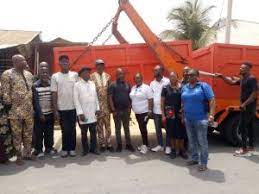