Governor Bello Mohammed Matawalle of Zamfara State has sworn in Senator Hassan Mohammed Gusau as the new Deputy Governor of the state.

This followed the impeachment of the former Deputy Governor, Barrister Mahdi Aliyu Gusau after the House received the report of a committee set up by the state’s Chief Judge, Justice Kulu Aliyu on allegations of gross misconduct, financial fraud, and abuse of office levelled against him.

Delivering his speech at the Councils Chamber, Government House, Gusau on Wednesday, the Governor said following the impeachment of the immediate past Deputy Governor by the State House of Assembly, it became imperative to fill the vacancy as provided for by section 191, subsection 3 of the 1999 Constitution.

According to him, the person who should occupy the position of Deputy Governor should be an able lieutenant, loyal, credible and politically astute and relevant, adding that Senator Mohammed Gusau was chosen after a wide range of consultation across the broad political spectrum. 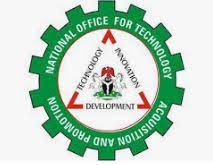