Ahead of the 2023 general elections, former President Goodluck Jonathan has allayed fears of Nigeria’s disintegration, saying the country will still remain.

He stated this during the Economic Community of West African States (ECOWAS)’s Council of the WISE strategic retreat and planning workshop which held in Lagos.

There has been series of coups in Mali, Guinea and Burkina Faso and some other West African countries leading to sanctions from the regional bloc as well as the African Union.

But Jonathan, who chairs the forum, reiterated the commission’s determination to restore peace in the troubled countries.

This is the first-ever non-state structure that forms part of the council’s peace and security architecture with Jonathan expressing confidence that the region can surmount its challenges. 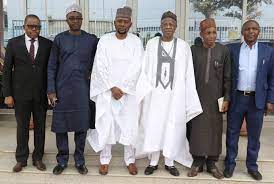