Wife of the president, Aisha Buhari, on Wednesday made history as the first wife of a sitting president in Nigeria to visit the Senate chambers to attended the plenary sessions in both chambers of the Senate and the House of Representatives.

Mrs Buhari was at the National Assembly to throw her weight behind an item for amendment in the 1999 Constitution which seeks specific seats to be created for female legislators in the country after speaking with newsmen.

The Senate President, Ahmad Lawan, in a short remark after the report was laid by Deputy Senate President, Ovie Omo-Agege said the visit by the First Lady was to show support for a bill to have more female parliamentarians at the federal and state legislatures.

He assured the First Lady that Ninth Assembly while voting on the amendments to the constitution as contained in the ad-hoc committee’s report, would ensure that women participation in governance is commensurate with their population. 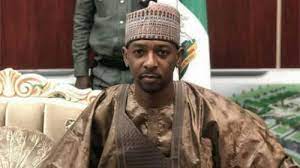