At the event, which took place at the City Coast Centre in Portslade, East Sussex, London on Friday, February 18, saw her edge out United Kingdom’s Laura Pain.

Aina drew the admiration of the Nigeria Police Force, including the Inspector General of Police, Usman Alkali Baba, who issued a statement on Sunday via the acting Force spokesman, Olumuyiwa Adejobi, noting that she has distinguished herself greatly in the boxing sphere.

He stated that the officer, nicknamed Iron Abbey, serves in the Lagos State Police Command and has won several awards and recommendations as a boxing referee at the amateur level. 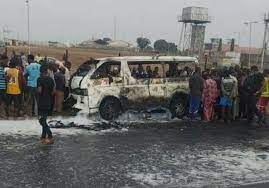