The Special Female Squad of the Nigeria Security and Civil Defence Corps (NSCDC) has sought the support of traditional rulers in combatting the security challenges facing the country, including the kidnapping of scholars.

The appeal is contained in a statement issued by NSCDC Public Relations Officer, Mr. Olusola Odumosu, on Saturday in Abuja.

According to the statement, NSCDC Head of Female Squad in Oyo State, Chief Superintendent Oluwakemi Imonikhe, made the appeal when she paid a courtesy visit to the Alafin of Oyo, Oba Lamidi Adeyemi.

Imonikhe said that the visit was intended to show the total readiness of the squad to fight the scourge of insecurity in the state.

She said that the corps needed the support of all traditional rulers in the country for the social re-engineering and sensitisation of the populace on security consciousness. 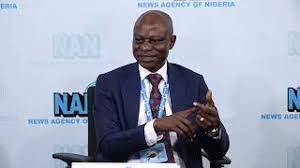