A group of northern youths from the 19 states in the region, under the aegis of North-4-Osinbajo, has thrown its weight behind the presidential ambition of Vice President Yemi Osinbajo.

Coordinator of the group, Sani Mohammed, said this at the maiden rally it organized on Saturday in Jos.

Mohammed, who said that membership of the group cuts across political parties, ethnic and religious affiliation, described the vice president as a man of honour who had all it takes to move Nigeria forward.

According to him, Osinbajo as vice president, has contributed to the growth of Nigeria’s economy, insisting that he will do better if he becomes the number one citizen of the country.

He said Osinbajo, if elected, would consolidate on the gains achieved by President Muhammadu Buhari in the last six-and-a-half years and appealed to the leadership of the All Progressive Congress (APC) to ensure that the vice president picked its presidential ticket for the 2023 general elections. 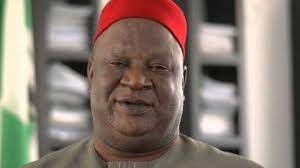