The Commissioner for Information and Communication, Mr. Dayyabu Chiroma, stated this in an interview with Newsmen on Saturday in Bauchi.

Chiroma said the state government would create its STB and train youths to facilitate digital communication transformation in line with the conditions for the Digital Switch Over (DSO) by the National Broadcasting Commission (NBC).

He said the state Ministry of Information had notified the NBC of its readiness towards successful switch over, adding that the commission provided enabling platform for the STB development in the state.

He said that Governor Bala Mohammed had also approved the total overhauling of the BATV to fast track the switch over process, adding that the government also plans to establish 10 community FM radio stations to augment the existing 10 across the 20 Local Government Areas in the state. 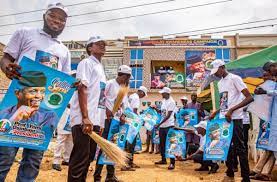