The Minister of Information and Culture, Alhaji Lai Mohammed, said the Federal Government’s engagement with microblogging site, Twitter, has been fruitful.

Alhaji Mohammed said this when he received the United States Deputy Assistant Secretary of State for African Affairs, Akunna Cook, in his office, in Abuja.

He again explained the motive behind the banning of Twitter in the country, stressing that certain persons were using the social media site to cause disunity in the country.

While commending the Federal Government for renovating the National Theatre in Lagos, Ms. Cook asked the Nigerian government to invest in the digital sector.

Ms. Cook also said that the United States is ready to collaborate with Nigeria towards boosting and increasing the nation’s creative industry. 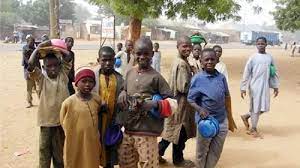