Chairman of the Nigerian Governors Forum (NGF) and Ekiti State Governor, Kayode Fayemi, on Monday said governors do not object to financial autonomy for the judicial and legislative arms of government.

It could be recalled that The Supreme Court had on Friday struck out the 66-billion-naira suit filed by the state governors against the Federal Government.

The apex court, however, declared as unlawful and unconstitutional, Executive Order 10 (EO-10) on the funding of State Judiciary and Legislature. 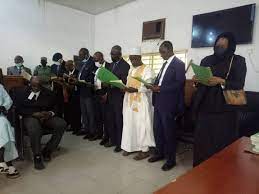