The Academic Staff Union of Universities is expected to come up with a decision on whether to embark on fresh industrial action on Monday.

Members of NEC, including ASUU leaders across campuses, had been in a closed-door meeting at the University of Lagos, Akoka and started another 12 midnight Monday.

They promised to address a press conference on Monday (today) to announce the resolutions of the two-day meeting titled, ‘NEC for NEC.’

ASUU decided to embark on the two-day meeting after it had sensitised and mobilised lecturers and students across all universities on the reason the union might likely go on strike over what it called government’s haphazard implementation of the agreement both parties signed in 2009 to improving facilities in public universities, pay earned academic allowances and adoption of the Universities Transparency Accountability System (UTAS) to replace the Integrated Personnel Payroll Information System (IPPIS). 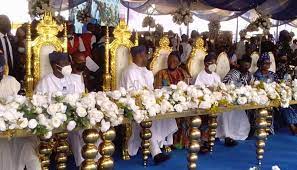