Rivers State Governor, Nyesom Ezenwo Wike says President Mohammedu Buhari is afraid that giving assent to the Electoral Act Amendment Bill will make his party, the All Progressives Congress (APC) to fail in the 2023 general election.

According to a statement signed by his spokesperson, Kelvin Ebiri, Governor Wike made the assertion at the inauguration of lecture halls, laboratories and offices of the Faculty of Basic Medical Sciences of the Bayelsa Medical University in Yenagoa on Saturday.

The Governor pointed to the inclusion of the compulsory transmission of electoral results electronically in the Electoral Act Amendment Bill is now the APC’s greatest fear.

Governor Wike wondered why the APC controlled Federal Government always seeks excuse to justify their unwillingness to sign into law what will advance the country’s electoral process.

He explained that in 2019 the president declined assent because the compulsory use of the card reader was included, which was seen as capable of dimming their chance of winning the election.

Again, Governor Wike noted that the President also recently declined assent on the Electoral Act Amendment Bill on the basis that the National Assembly included direct primaries and that a serving minister have to resign before being qualified to contest for election. 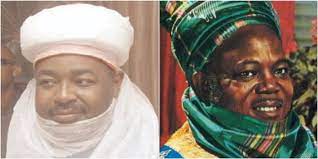