One of the aggrieved governorship aspirants in the All Progressives Congress (APC) Jan. 27 primary in Ekiti State, Sen. Opeyemi Bamidele, has sheathed his sword.

He said on Friday in a statement he issued in Ado-Ekiti that he was no longer interested in dragging the party or individuals to court over the outcome of the exercise.

Bamidele, the current senator representing Ekiti Central Senatorial District, stated that he had to change his earlier position after critical stakeholders intervened and appealed to him to have a rethink.

Consequently, he said he would no longer be challenging the victory of the immediate past Secretary to the State Government, Mr Biodun Oyebanji, who emerged victorious at the primary.

Bamidele maintained that his latest action did not mean he had abandoned the struggle to right the wrongs and make the party truly democratic. 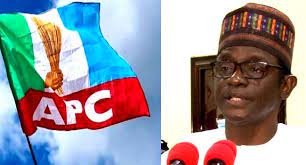