Telecommunications firm; MTN is said to have paid for the Fifth-Generation (5G) network license in Nigeria, ahead of the February 24 deadline given to winners of the 3.5 Gigahertz spectrum auction.

It would be recalled that MTN and Mafab Communications emerged winners of the two lots of 100 Megahertz of the 3.5 Gigahertz spectrum to be deployed for 5G network in Nigeria at the auction process organised on December 13, 2021.

The Nigerian Communications Commission (NCC) in conjunction with the Ministry of Communications and Digital Economy, had organised the auction in Abuja.

The two firms were expected to pay 273.6 million dollars before the deadline, however, MTN as the highest bidder paid an additional 15.9 million dollars to pick the first lot in the 3,500 Megahertz-3600Megahertz.

Though NCC is yet to announce officially, an industry source close to the commission, told newsmen that MTN made the payment two weeks ago and this was later confirmed by an official of the telecommunication firm. 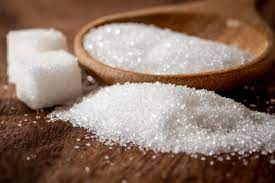