Governor Wike said this on Wednesday while speaking to newsmen at the Plateau State High Court in Jos, where the fraud trial of former governor of Plateau State, Jonah Jang, was heard.

According to him, the APC and the Federal Government have failed to end the needless killings in Plateau and other parts of the country.

Wike explained that his visit to Plateau State was to reconcile Jeremiah Useni and Jonah Jang.

He said since his visit coincided with the trial of ex-governor Jang, he felt it was necessary to attend the hearing in solidarity.

House of Representatives calls for suspension of companies that imported adulterated fuel into Nigeria. 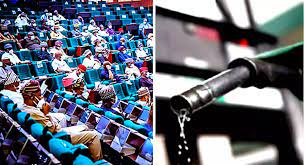