Governor Ishaku gave the warning while inaugurating a 9-member Commission of Inquiry into last week’s crisis between the Ichen and Ndaka people in Kurmi local government area of the state.

According to reports, the recurrent crises have led to the loss of lives, displacement of people and destruction of properties in Bisaula and other communities.

Reports also said that the 9-member Commission of Inquiry included representatives of the two ethnic groups, security agencies, among others.

Law enforcement agencies in Anambra reiterates commitment to ensure protection of lives, properties of all. 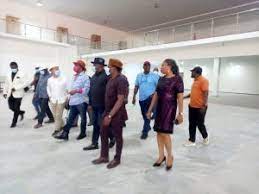 Institute of Chartered Accountants of Nigeria (ICAN) approaches the National Assembly for amendment of its enabling Act.