Rivers State Governor, Barrister Nyesom Wike, says Nigerians are suffering under the leadership of the All Progressives Congress (APC), calling on the opposition Peoples Democratic Party (PDP) to unite and rescue the country in 2023.

Governor Wike said this, on Monday, when he paid a courtesy visit to a former Governor of Kaduna State, Senator Ahmed Mohammed Makarfi, at his residence in Kaduna, on his return from a medical trip abroad.

On whether he will contest in the 2023 presidential race and the zoning contention being faced by the PDP, he said the party’s unity was more important than any interest.

While welcoming the Rivers State Governor to Kaduna, Senator Ahmed Makarfi described Wike as a dogged fighter and passionate party man who contributed a lot in many ways in rescuing the PDP from undertakers whose aim was to bury the party after the 2015 general elections.

Governor Wike said he will travel to Plateau and other states to drive home his mission to unite the PDP for a victorious outing in the forthcoming 2023 general elections. 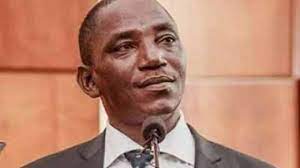 Over one hundred terrorists surrender to Nigerian troops in Borno. 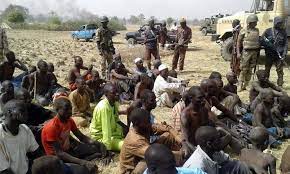