The Peoples Democratic Party (PDP) has warned against the move by the Zamfara State House of Assembly to impeach the deputy governor of the state, Mahdi Gusau.

In a statement on Saturday by its National Publicity Secretary, Debo Ologunagba, it described the move as illegal and undemocratic.

The PDP also accused the state governor, Bello Matawalle, of manipulating the lawmakers into making such a move, thereby attempting to stoke and induce violence in the state.

While there is no immediate reaction from Governor Matawalle to the claims by the main opposition party, the PDP believes the people of Zamfara are solidly behind Deputy Governor Gusau.

President Muhammadu Buhari says Nigeria will continue to pursue peace progress in Africa other parts of the world. 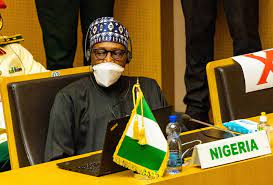 Emir of Daura says Emirate does not give traditional titles indiscriminately.