NGO says current happenings in Niger Delta Development Commission untidier than it was two years ago after forensic audit.

Activists under the auspices of 21st Century Youths of Niger-Delta and Agitators for Conscience, (21st CYNDAC), on Saturday, said current happenings in the Niger Delta Development Commission (NDDC), was untidier than it was two years ago, when President Muhammadu Buhari ordered a forensic audit of the interventionist agency.

The group, in a statement, by its spokesperson, Izon Ebi, said what was happening in the Niger Delta Development Commission (NDDC) presently was worse than what gave birth to Mr. President’s call for a forensic audit of the NDDC.

He said that was the reason his group is calling on the leadership of the National Assembly, the Attorney General of the Federation and Minister of Justice, Abubakar Malami, to do the needful by advising Mr. President to immediately inaugurate the substantive board of NDDC.

According to him, the rationale was so as not to be seen the persons conspiring with the Minister of Niger Delta Affairs, Senator Godswill Akpabio, to plunge Niger Delta region into fresh crisis capable of eroding the gains of the present peace being enjoyed by Niger-Deltans and oil multinationals. 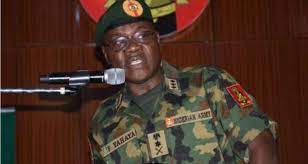