The Kaduna chambers of commerce, mines and agriculture (KADCCIMA) has promised that the 43rd edition of the Kaduna Trade fair will be the best there has ever been.

The team made this known during a courtesy call to Invicta FM led by its President and chairman of Economic and Statistics Committee of the Kaduna chambers of commerce, Mohamed Kasali Abdulsalam, in deepening the fruitful relationship for the success of the event.

Speaking on Security the vice President and Chairman of the chambers of commerce and chairman solid Minerals Trade Group Connell Jibrin Hassan, assured investors, exhibitors and the public that all security detail boxes have been ticked.

In his response the General Manager of Invicta Fm, Mr. Toyin Alabi thanked the team and promised full its unflinching participation and support to the industry during the course of the event.

Other members of the KADCCIMA team had the deputy Director, trade fair exhibition, Felix Oloruntoba, Manager in charge of Accounts, Mallam Halisu Aliyu and Head of Admin, Shaibu Lere, for the Invicta team was the Head of Marketing, Dennis Gowon, Head of Programmes, Jacqueline Adebijah, Accountant, Nuhu Tachio and the representative of the Head of News, Seun Fakorede. 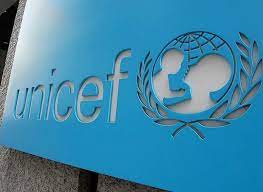