Gunmen have attacked the residence of the ASUU Chairman of the Federal University of Gusau (FUGUS), Mr Abdurrahman Adamu.

According to information gathered, six persons were kidnapped during the attack on the ASUU chairman’s home in Damba Quarters, an outskirt of Gusau, the Zamfara State capital in the early hours of Wednesday and abducted five persons in his home.

It was disclosed by a source that the ASUU chairman did not sleep in that house on Tuesday night, and as such, he was not present when the raid took place.

Police authorities in the state are yet to confirm the latest abductions. When contacted, the police spokesman, Muhammed Shehu said he will find out and give deeper insight as investigations get underway.

House of Representatives, urges Nigeria Customs Service to pay 390 million naira as compensation to victims of extrajudicial killings, injuries caused by its officers. 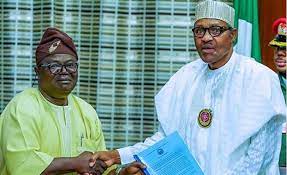