After the meeting with General Babangida, on Tuesday, Mr. Atiku paid a visit to Niger state Governor, Abubakar Bello, where he sympathised with him and the people of the State over incessant attacks.

Atiku, in an interview with newsmen after the courtesy visit, said he was in government house on a courtesy visit, adding that his aspiration for 2023 will be made public when the time comes.

Report says that the meeting between Mr. Atiku and General Babangida lasted for almost an hour. 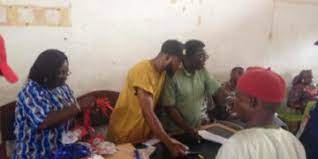