The Kaduna State Commissioner for Internal Security and Home Affairs, Samuel Aruwan, has disclosed on Tuesday that the state lost 1,192 residents to bandit attacks across the state in 2021.

Aruwan, while presenting the 2021 annual security report and the first quarterly report of 2022, said 3,348 citizens were kidnapped, while 891 sustained various forms of injuries during the attacks.

He further said 13,788 cows were rustled across the state within the 12 months covered by the report.

He said the Kaduna Central senatorial zone recorded the highest number of deaths at 720, followed by 406 in Kaduna South and 66 in Kaduna North.

There were 340 children kidnapped, while 2,023 of the figure were men and 985 were women. Kaduna Central zone also lead in the area of kidnapping with 2,771 abductions from the zone, while 397 citizens were kidnapped from the Southern senatorial zone and 180 from the Kaduna North zone.

He stated that 10,261 cows were stolen in the Kaduna Central zone, 1,941 and 1,586 cows were rustled in the Southern and Northern senatorial zones respectively.

Receiving the reports, Governor Nasir El-rufai appealed to the Federal Government to create a theatre command similar to the situation in the North-East to confront the insurgency that has engulfed the North-West and Niger State with continuous and contiguous forest ranges.

According to him, the creation of such a command will enable a holistic approach to counter-insurgent operations across the six affected states.

He said the report presented showed that in 2021, an average of nine persons were kidnapped daily across Kaduna State, mostly in the Kaduna Central Senatorial District.

He said, there was an escalation in the number of persons killed by a whopping 255 compared to those sadly killed by banditry and criminality in 2020 in spite of our best efforts in supporting the Federal security agencies to bring an end to this phenomenon. 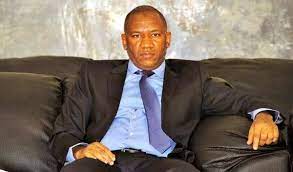 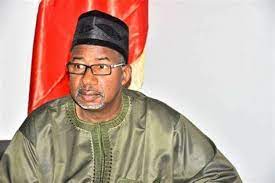