This implies that each chairman will receive 20 million naira to destroy illegal refinery sites that have been identified in their respective domains.

Wike made this pledge on Wednesday when he met with the local government chairmen, the Commissioner of Police in Rivers, Friday Eboka, and the State Commandant of the Nigeria Security and Civil Defence Corps (NSCDC), Aliyu Bature.

According to the governor, the decision to fight illegal refineries in the state is aimed at sending a strong message to oil bunkerers.

He equally directed the police commissioner to provide security cover for the local government chairmen in the clearance operations.

This comes a week after the governor asked the police commissioner to collaborate with heads of other security agencies in Rivers, council chairmen, and traditional rulers to fish out all those involved in illegal bunkering and artisanal refining for prosecution. 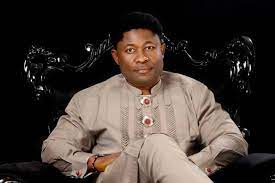