Jigawa State Governor says governors no longer use convoys of 30 to 40 vehicles as measures to cut costs in governance.

Jigawa State Governor, Mohammed Badaru Abubakar, has said that governors no longer use convoys of 30 to 40 vehicles as measures to cut costs in governance.

Speaking during an interview on National Television, the governor said his colleagues were taking serious steps to minimise unnecessary spending in their respective domains.

Rather than borrowing money for spending, he explained that state governors are prioritising employment in the education, health sectors.

He also debunked insinuations that governors were feasting heavily on security votes in their respective states.

While noting that the amount budgeted for security votes has reduced drastically, the Jigawa governor explained that some of his colleagues don’t even have any security vote.

Governor Abubakar also revealed steps by governors to look beyond oil and generate more money for the survival of states. 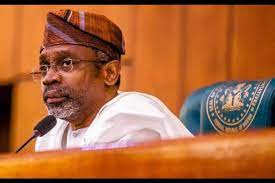