New Zealand has sent a plane to Tonga to assess the damage after a huge volcanic eruption caused a tsunami.

The eruption covered the Pacific islands in ash, cut power and disconnected communications.

New Zealand Prime Minister, Jacinda Ardern, said the tsunami had caused significant damage, even though no deaths have been reported yet.

The International Federation of Red Cross and Red Crescent Societies (IFRC) told newsmen that about 80,000 people in Tonga could be affected by the tsunami. 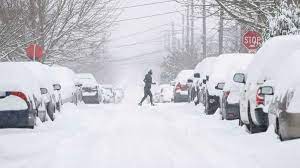